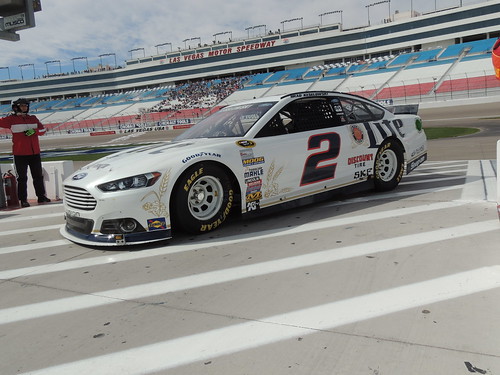 The clock is ticking on the close of this season, tick-tock, tick-tock!  Today there were four drivers and race teams that are quite possibly thinking the following:

“As I walk this land of broken dreams,I have visions of many things.But happiness is just an illusion,Filled with sadness and confusion.What becomes of the broken hearted”

There are just four races left in this season, and desperation is starting to set in with the drivers, as well as our players.  For The Redneck Fantasy League podium players, the money paying positions, all five are still fairly tight.  There are just 30 points from position one to position five.  More importantly, there are three more players just outside the top five who could make a run at those positions in the next four races!

As always, the Talladega Superspeedway lived up to it’s reputation as truly the wild card race that it has become.  Add to that the fact that with this new Chase format, the race at Talladega is also the Contender Round elimination race.  Those two facts alone made for some wild and wooly racing at this famed facility.

Even though “Blazingly Bad” Brad Keselowski had two previous victories at Talladega, his first came in the James Finch #51 Chevy when Carl Edwqards was stuffed into the catchfence by “Bad Brad”, and the second came in the Team Penske “Blue Deuce”, none of the players had the foresight to pick Kes as their choice to win the fall Talladega race.

Notwithstanding the above statement, there was one player, Carole, who grabbed 43 points from Matt Kenseth’s second place finish.

Quite surprisingly, Ryan Newman was able to stay out of trouble at Talladega.  Over the years Newman has found trouble in every conceivable part of the track.  In the above mentioned episode of “Bad Brad” helping Edwards into the catchfence, Newman was caught up in that event by also hitting Edwards as Edwards was airborne and on his way to destroying the catchfence.in the tri-oval.  But today Newman was able to nearly win the race, but most importantly he was able to finish in 5th place.  Zee,  Dawn, and “Dan The Numbers Cruncher” was riding shotgun in the RCR #31 CAT Chevy, and was rewarded with 40 points.

“Doug, Jr. The Crowned Prince of Kettle Corn” rode all five hundred miles on the shoulders of “The Outlaw”, Kurt Busch, as was able to grab 37 points for the day.

As title of this post indicates “A&M Aggie Sue” slipped right back into the lead with just four races left in the year!  She did it very quietly while Kevin Harvick logged his 9th place finish, and posted 36 points.

Rounding out the top five scorers for the week are Marc and Brandon.  Marc received his 27 points via a Denny Hamlin 18th place finish plus his bonus point for leading a lap.  Meanwhile, Brandon got his 27 points from Kyle Larson’ 17th place finish.

There was wide scale movement this week, however most of it was just one or two places!

Nevertheless, the biggest mover this week is Carole. Her 43 points this week catapulted her up five positions, landing her in 8th place!

With just four races left it is time again to update “Championship” segment that we have brewing this year.  Remember it is winner takes all in this category!  As it stands after the Talladega race the top five in the total points standings looks like this:

Well, after having a four week battle between “Carlton The Doorman” and Edie over who was “The Controller The Craphouse”, we have a new “Princess of The Poophouse”!  This week “Karen The Highly Opinionated Southern Belle” has assumed her rightful place, sitting squarely on the throne!  Her lead on the coveted Outhouse Award is very thin, just three (3) points separates herself and “Jim, aka Chiefy” this week.

This week there are eight (8) players who will be sharing “the crappiest picks of the week” award!  Those eight players all had chosen Dale Earnhardt, Jr. to pick up another plate track victory. However, that was not to be at Talladega!  So for their 14 points “Karen The Highly Opinionated Southern Belle”, “Leon Your Most Humble Sheriff”, “Doug The Former Mudslinger and Psychic, Turned Kettle Corn Dude”, “Jerry The Buschwacker”, “Jeremy The Coach”, “Bernie The Bay Area Bandit and Password Queen”, “David The Mudslinging Throttle Jockey”, and “Jason The Latent Tie Dye Hippie”, all share this week’s award!

As we leave Talladega for the last time in 2014, I wonder “what becomes of the broken-hearted”?