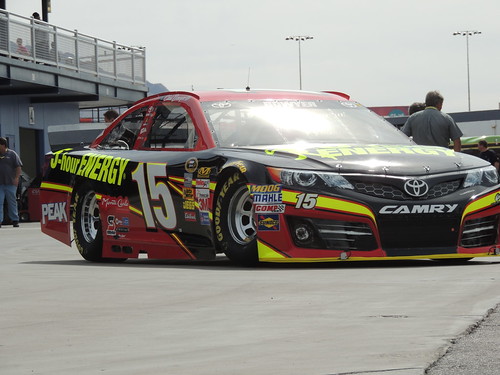 The Eliminator Round is beginning this weekend at Martinsville.  There are now only four races left in the 2014 Sprint Cup season, the intensity level has just been cranked up one more level.

Four of the Redneck Fantasy League players have gathered together to rally around brand new daddy, Clint Bowyer, this week.  Those four players are, our current leader, “A&M Aggie Sue, Dawn, 4th place Dawn, tied for 5th place “Doug, Jr. The Crown Prince of Kettle Corn”, and the middle of the pack “Leon Your Most Humble Sheriff” are all hoping that Bowyer can pull of this victory to bolster each of their individual standings, and quite possibly position each of them for some Redneck Fantasy League money!

Meanwhile, “Jim, aka Chiefy”, Zee, and Marc are putting all their collective marbles into Carl Edwards’ marble bag this weekend.

Likewise, “Jerry The Buschwacker”, “David The Mudslinging Throttle Jockey”, as well as “Karen The Highly Opinionated Southern Belle” are hoping that neither of them will get “clipped” by Kasey Kahne’s HMS Great Clips #5 Chevy this weekend.

Lastly, Brandon, “Bernie The Bay Area Bandit and Password Queen”, and “Dan The Numbers Cruncher” are betting the farm that “The Deliverrminator”, Denny Hamlin, can swiftly deliver, to all three players, a victory at Martinsville!

To the remaining seven players who were not mentioned above, I can only say that you are “in bidnez” for yourselves!

In light of the post race shenanigans of one previous Sprint Cup champion and the slower speeds that are registered at “The Paperclip”, could there be some covertly planned paybacks from Hamlin, Kenseth, and/or “Smoke” to “Blazingly Bad”, Brad K. during the race at Martinsville?

The Sunday race could be “a danger zone”!