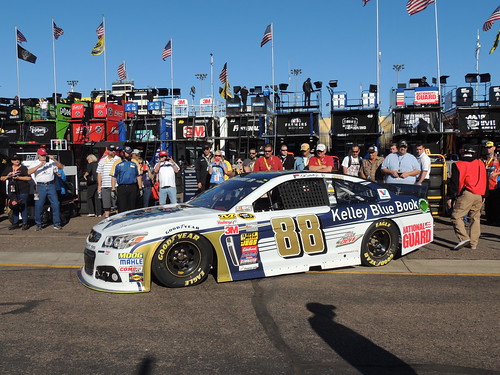 The off-season NASCAR withdrawals is just about to conclude!  This week, Thursday in particular, the entire 49 cars that are in the garage area at Daytona will be racing for their starting position in the 2015 Daytona 500! The Duels are just the tip of the racing weekend, however, a very important and integral part of the Daytona 500 festivities.

Once again “The Pied Piper of Daytona”, Dale Earnhardt, Jr. has a majority or our players rooting for him, a total of 10 players!  Quite honestly that should not come as any form of surprise to anyone, after all he has the highest average finish at Daytona over the last four years!  Those who have selected Junior to win the Daytona 500 are Dawn , “Carlton The Doorman”, “Karen The Highly Opinionated Southern Belle”, “Doug, Jr. The Crown Prince of Kettle Corn”, Zee, Linda, Carole, “Jason the Latent Tie Dye Hippie”, “Cole The Natural”, and lastly yours truly, “Leon The Retired Airline Captain, Former Elephant Driver, Part-Time Cardiologist and Strawberry Picker, and Your Most Humble Sheriff”!

Meanwhile, “Jeremy The Coach” and “A&M Aggie Sue” are gonna be grabbing a few Buds with Kevin Harvick this weekend, and hoping that he can continue his winning ways dating from last two races of 2014!  Sunday evening there will be only one triumphant driver, and 42 dejected drivers.

The rest of the 10 remaining players have individual choices this week at Daytona, and we all know what that means!  Yes those 10 players are, in deed, in bidnez for themselves this week!

So now we can safely say that, with this past weekend’s Sprint unlimited race, it is time to go racing.  The light at the end of the tunnel that we are seeing is neither a freight train, nor an atomic explosion, but the sunrise of Daytona 500 Sunday morning!

In light of those withdrawals and blues that we have suffered, for what has seemed forever this NASCAR off-season, I got something that may cure those “working man blues”!

Good luck to all this week at Daytona!  May your driver bring home more than the steering wheel!