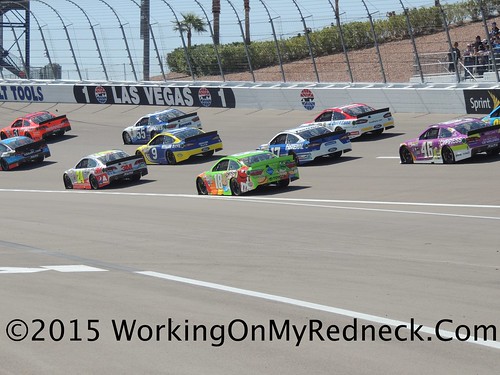 With the completion of two thirds of the 2015 NASCAR race season, it is time to take a snapshot look at where we stand in the total championship points standings of The Redneck Fantasy League.

Looking over the last two segments, and the ten paychecks that have been sent out, there are only two names in the top five, A&M Aggie Sue and Edie, that were repeated between the two segments. That would give every indication that there has been intense competition in both of the completed segments.  One instance that comes to mind is the fact that the first segment Outhouse Award winner, Cole The On Demand Baseball Player, sat atop of the standings for one fourth of the second segment, and ended up finishing in the money with a 4th place final finish.  Talk about a change of fortunes, Cole had one in the second segment!

For those with a short memory, the second most interesting changes of fortune that is occurring this year is Edie.  Last year Edie scored the least total points of all of the players.  But looking at the current totals, Edie is leading all players in the championship total score with 848 points!  Her closest competitor is Jerry The Buswchwacker, trailing her in second place by just 27 points, with a total of 821 markers.

Just six points behind Jerry The Buschwacker in third place is A&M Aggie Sue with a combined score of 815 points.

Resting in fourth place in the overall scoring standings is Karen The Highly Opinionated Southern Belle with a score of 806 points in her bank.

Rounding out the top five scores for the year so far is Jeremy The Coach with a total of 785 points.

Here is a look at the to ten point-getters of the 2015 season as of the end of the second segment.

Just in case you all have forgotten, the championship segment comes with a personalized plaque for the player who has scored the most points for the year, as well as a nice check, this year, it will be about $200!

Also for the newbies that may have forgotten, we will be having a Chase segment played out just as we did last year.  After the Phoenix race, when the final four have qualified for Homestead, you will have 3 days,that will be until the Wednesday before Homestead to upload your  picks as to how you think that those four drivers will end up in points, 1-4.   The rules will be reviewed again as the time gets closer.  The Chase is also winner take all pot.  This year the check will be about $200!  So there is some big money yet to be won!

One piece of advice for the top ten scoring players, don’t start counting your money just yet, we have twelve more races to go!

TIL THE NEXT TIME, PULL YOUR GLOVES UP, FLIP YOUR VISOR DOWN, AND LET’S GO RACIN’!