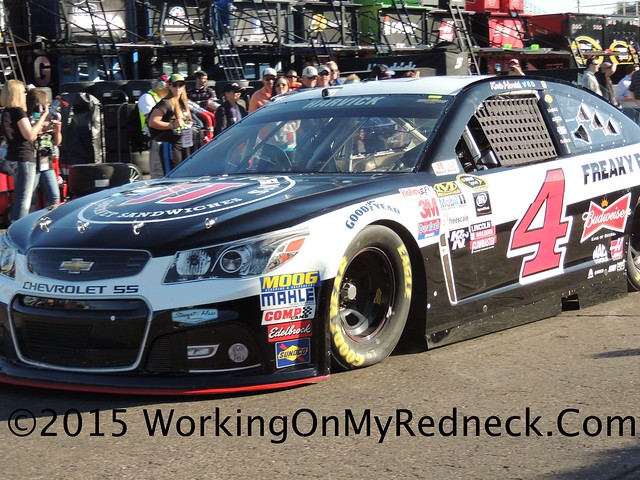 By the time you read this post I will be in Phoenix!

This week Nascar moves the The Valley of The Sun for it’s penultimate race of the 2015 season.  It has become “desperate times for desperate drivers”.  Jeff Gordon is the only driver who has won a race in this three race segment and punched his ticket through to the championships at Homestead.

It looks like some of our players may be students of NASCAR history.  You see Jerry The Buschwacker, Jim, aka Chiefy, Cole The On Demand Baseballl Player, and Marc NN (No Nickname) realized that Kevin Harvick has won the last three Phoenix races in a row.  He has supplanted Jimmie Johnson as the the man when comes to The Valley of The Sun in recent years.

Whereas Lonna The Quilt Angel, Edie The Las Vegas Super Star, and Doug, Jr. The Crown Prince of Kettle Corn all are putrting their late season marbles with the driver formaslly known as The Outlaw, Kurt Busch.

Equally as popular this weekend is the NASCAR resident bad boy, Blazingly Bad Brad Keselowski.  It seems that these three players, Jeremy The Coach, Doug The Former Mudslinger and Psychic, Turned Kettle Corn Dude, and Leon The Former Airline Captain, Part-Time Cardiologist and Strawberry Picker, and most of all you Most Humble Sheriff, are throwing a “Hail Mary” to try to salvage their 2015 season with some kind of dignity!

Feeling equally upbeat this week are Carole NN (No Nickname) and Jason The Latent Tie Dye Hippie and All-Around Edgy Dude are hoping that the comeback driver of the year, Kyle Busch, still has a couple fo tricks up his sleeve for Phoenix.

Rounding out the popularity contest this week is the duo of Linda The Cookie Mom and A&M Aggie Sue.  These ladies picked a bad week to be rooting for a suspended Matt Kenseth! Nevertheless, there is a very capable substitute driver filling on for him in the person of young Erik Jones.  These two will be awarded the points that the car gets at the end of the race.

If you look really hard with your magifying glass this weekend you may see yours truly along the pit wall for all three races this weekend.  I have media credentials that will allow me the opportunity to “hang with the big dogs” for the entire weekend.  The big advantage is that I will be able to capture the essence of the weekend, and have some good photos for our web site and Facebook page!