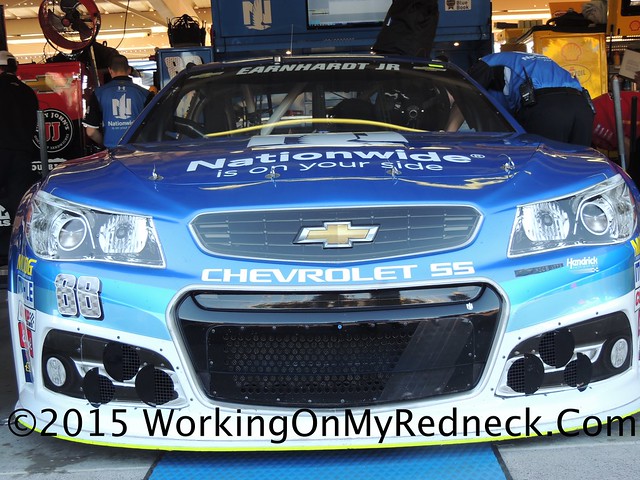 The penultimate race of 2015 has come and gone.  It was an extremely long day, the race started more than 6 hours late Sunday!  There were three different times that I left for the grid to shoot photos of the brave warriors and their cars, only for the sky to open up and deposit some of the liquid sunshine down upon us.  However, the 4th time was the charm!

But NASCAR was unble to run the entire 312 laps due to another intense rain showe that quickly saturated the racing facility.

While nobody celected Dale Earnhardt, Jr. to win the race, therefore maximum points were not earned by any player this wee.  Nevertheless, there were four players, Jim ,aka Chiefy, Cole The On Demand Baseball Player, Marc NN (No Nickname), and Jerry The Buschwacker had a great weekend.  All three of these players were betting the farm that Kevin Harvick could make it five wins in a row at Phoenix International Raceway!  It was not to be, but they did score a nifty 44 points for the PIR race.

There are three players who grabbed a 41 points after Phoenix, Carole, Jason The Latent Tie Dye Hippie and All-Around Edgy Dude, Dan The Numbers Cruncher. Both Carole and The All-Around Edgy Dude were hoping that Ky Busch could rekindle the summertime fire witin his belly that he had, and get out of Phoenix with a win.  On the other hand, Dan The Numbers Dude, thought that Joey Logano could rebound after a bad couple of weeks of people drop kicking him or pile driving him inot the wall.

Ranking third on the top scorers list this last week were Lonna the Quilt Angel and Edie The Las Vegas Super Star, each received 37 points from the driver formally know as “The Outlaw”, Kurt Busch.

Another trio came out of Phoenix unscathed, Doug The Former Mudslinger and Psychic, Turned Kettle Corn Dude, Leon Your Most Humble Sheriff, and Carlton The Doorman.  The first two players received their points from Blazing Bad Brad Keselowski’s 9th place finish, while the latter received his points via a Denny Hamlin’s 8th place finish.  Nevertheless, all three players grabbed 36 points for their effort.

Rounding out the top five this week in scoring is Brandon.  He was able to add 32 points to his third segment total.

There was fifteen players who swapped positions with someone this week.  The top four paying postions, Cole The On Demand Baseball Player, Edie The Las Vegas Super Star, Jason The Latent Tie Dye Hippie and All-Around Edgy Dude, and A&M Aggie Sue were able to hold serve on theri respective positions.   Equally strong in his ability to hold serve was Doug, Jr. The Crown Prince of Kettle Corn

The largest mover of the week is Bernie The Bay Area Bandit sliding down four (4) spots on the leaderboard to rest in 14th place.

Moving almost as many places, three (3) postivie spots this week, are  Dan The Numbers Cruncher and Jim, aka Chiefy, residing in 8th and 9th plaes respectively.  Whereas  Linda The Cookie Mom slid down the scoring pylon three spots to crash into 11th place this week.

A trio of players, Zee, Dawn Nn (No Nickname), and Jerry The Buschwacker each moved two (2) sopts on the totem pole this week.  The Buschwacker was the only one of three players who moved up, instead of down!    Jerry The Buscwacker, now lives in17th place, whereas Zee resides in 7th, and Dawn sits in 19th place.

Those not mentioned above only moved up or down one place this week.

Bernie The Bay Area Bandit and Pasword Queen is the winner of The Crapopiest Pick of The Week Award for getting on 17 point from Tony Stewart.  It could have been a lot worse, except Stewart had an exceptionlly good day, when compared to the rest of his 2015 finishes!

Once again Doug, Jr. The Crown Prince of Kettle Corn is enjoying all the spaciousness and the luxuriousness of  accomodations that The Redneck Fantasy League Outhouse can provide!

Next week the season ends with the Ford Chapmionship Weekend at Homestead, with two “newbies” drivers searching out their first championship, and two fromer champs who would love nothing more than  see another championship ‘coming around agin”!