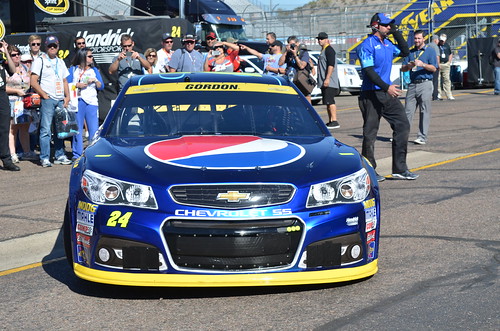 This Sunday, at Homestead, will mark the end of the 2015 NASCAR race season!

Man, where did the time go?  I have really enoyed this season and I am already experiencing some NASCAR withdrawals!

With all of this being said, it is the last shot for a few of us of to walk out of this fantasy league with our heads held and some kind of dignity.

There is a potential fairy tale ending brewing for Homestead. It is Jeff Gordon’s swan song, his very last race as a fulltime NASCAR race.  For the last twenty-three years Gordon has thrilled us with some his victories.  Now the question to be asked is could he pull a rabbit out of a hat and win the 2015 Sprint Cup championship?  That is just one of the many storylines that will unfold during the race at Homestead.

Karen The Highly Opinionated Southern Belle, Carlton The Doorman, and Linda The Cookie Mom are hoping that Mr. Four-Time, Jeff Gordon, can win the race and win the championship at Homestead.

Likewise, Jason The Latent Tie Dye Hippie, and All-Around Edgy Dude, Doug, Jr. The Crown Prince of Kettle Corn, and Leon Your Most Humble Sheriff are thinking that “The Delivernator”, Denny Hamlin, will produce a victory and give them the max points possible Sunday.

Meanwhile, Carole NN (No Nickname) and Jeremy The Coach think that Dale Earnhardt, Jr. can win two races in a row, and play the role of the spoiler Sunday.

Both Bernie The Bay Area Bandit and Dan The Numbers Cruncher will be rooting on Ryan Newman this week.  Their hope is that Newman could snatch the victory out of the hands of one the Chasers and really complicate the championship!

Lastly, Jerry The Buschwacker, and Marc are thinking now that Matt Kenseth has had a couple of weeks to decompose, that he will be a better racer and snag the thrill victory out from under everyone’s noses.

If you did not see your name printed above that can only mean on thing, you are one of those independant thinkers.  But we really know that they are called at this site, they are in bidnez for themselves.

Good Luck at Homstead to all!

The winner this week will be feeling like they just got two tickets to Paradise!