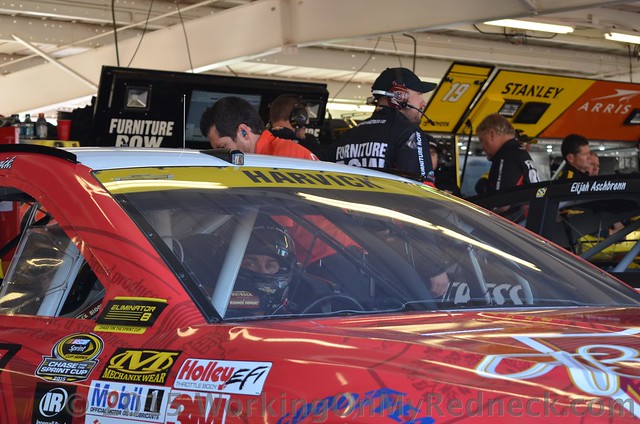 Well for those of us eight players who were rooting for Dale Earnhardt, Jr. to win his third Daytona 500, who sucked up just six (6) microscopic points last Sunday at Daytona, and have now finished off our anti-depressant prescription pills, it is now time to regroup and move forward.  So as NASCAR moves further Northwest to the Atlanta Motor Speedway, which is actually located in Hampton, GA, it is time to lick our wounds and look for a world class recovery!

For those players who had a great Daytona 500, can they have a second great race? I’m just saying….

This week the fantasy league is split on who is favored to win the big show at Atlanta. There are two groups of four players each rooting for two drivers.

This week our current leader, Dawn, aka Snoopy, Lonna The Quilt Angel, as well as two of the losers from last week (they only scored 6 points with Junior at Daytona), Jason The Latent Tie Dye Hippie and All Around Edgy Dude and his old man, Leon Your Most Humble Sheriff, all are riding shotgun with Jimmie Johnson.

Likewise, Kevin Harvick has a rooting section of four players made up of Carole, aka Rudy, Dan the Numbers Cruncher, Doug the Former Mudslinger and Psychic, Turned Kettle Corn Dude, and lastly Karen The Highly Opinionated Southern Belle.  On first look it appears that these four could be just hoping to get a few free Jimmy John’s sandwiches! However, the real reason maybe that they would just love to gather up some big numbers this weekend and beat their chests for the next week.

The next most popular driver for Atlanta is none other than “Blazingly Bad” Brad Keselowski with a supporting cast of Edie The Las Vegas Super Star, Linda The Cookie Mom, and Kilimanjaro Bobby, aka Blue Crush.  While it isn’t clear if any of these individuals are rooting really for the beer or the driver, an investigation is being launched to determine their true motive here.

Bernie The Bay Area Bandit and Password Queen as well as Zee, aka Sissy, have pledged their undying loyalty to Clint Bowyer and his new race team HScott Racing this week. Do these two know that Clint’s sponsor this week isn’t 5Hr Energy Drink, rather it is Aaron’s?

Meanwhile two of the brothers Hammack, Jim, aka Chiefy and younger brother. Jerry The Buschwacker, are petitioning to be granted permission to help pit the JGR # 19 for Carl Edwards this week.  That may constitute an unfair advantage and breech of The Redneck Fantasy League rule book! Details and the video on the 11pm news on WOMR channel 88!

Good luck to all, and hopefully the weather will pass through that area quickly today or there might be another “Rainy Night in Georgia”!

TIL NEXT TIME PULL YOUR GLOVES UP, FLIP YOUR VISOR DOWN, AND LET’S GO RACIN’!