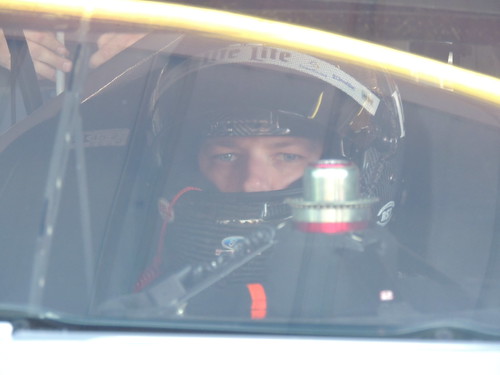 This week is race number three, which is one quarter of the way through the 2016 Chase, and it is also an elimination race for four drivers when the checkered flag flies at the Citizen Soldier 400 at Dover International Speedway.

This is a very interesting week when looking at our picks.  I am not so sure that I have ever seen a weekly break down that looks like this before.  We have three drivers that each have a rooting section of three players, one driver with just two rooters and eleven players, one half of the Redneck Fantasy League that are flying solo in their choices!

I will list the three-way driver and rooting section tie alphabetically.  First out of the starting gate is “Blazingly Bad” Brad Keselwoski and his cheering section of Bernie The Bay Area Bandit and Part-Time Stalker, ol Skid-Marc, as well as Cole The On Demand Baseball Player.  With this very unlikely trio I would accuse them of possibly consuming too much of their driver’s sponsor, Miller Lite, but ol Colester is way under the legal drinking age in any state and k in all countries of the civilized world!

Following the letter “K” comes the letter “L” and that would be Joey “Siced Bread” Logano.  The three players who have put all their marbles into Logano’s sack would be  Edie The Las Vegas Super Star, Bobby Blue Crush and Doug the Former Mudslinger, Turned Gandy Candy Dude.

Rounding out the selections this week is Carole, aka Rudy and A&M Aggie Sue, who are cheering very loudly for Mr. Six-Pack, Jimmie Johnson.

As I mentioned above, the Dover race is the very first elimination race in the 2016 Chase.  When the checkered flag flies at Dover, and all the cars are loaded up on their haulers, there will be four drivers that will have their 2016 Chase dreams expunged, erased, eliminated, or just down right go up in flames.  So for those four drivers all I can say is “Dream On”!

TIL NEXT TIME, PULL YOUR GLOVES UP, FLIP YOU VISOR DOWN, AND LET’S GO RACIN’!