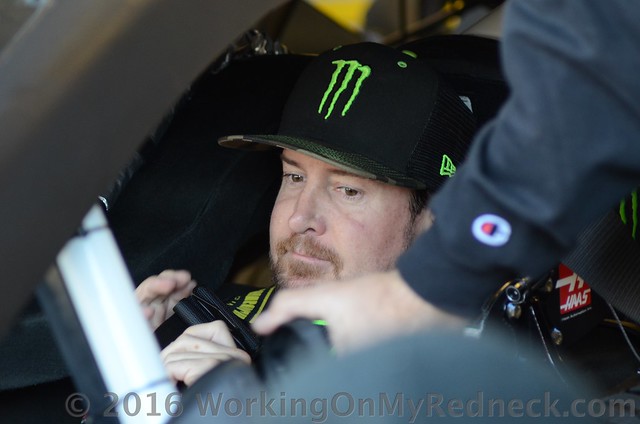 We how have just one more race the Can-Am 500k at Phoenix, till the Championship Four grid is filled.  After looking over the choices of The Redneck Fantasy League it is quite interesting to see our choices for Phoenix, to say the least!  Also after reviewing our standings, and evaluating what the results of this race may have on the current leaderboard, it is very obviousl that, when the checkered flag flies Sunday evening, the totem pole will be shaken from stem to stern!

For those who have not scoured the standings in a while I will tell you that there are three different positions that have ties.  In fact there is one area where there are three players, David The Mudslinging Throttle Jockey, Karen The Extremely Opinionated Southern Belle, as well as Zee, aka Sissy that all tied and are all vying for13th place.  Both Jeremy The Coach and Carole, aka Rudy are contesting 20th place and are just seven (7) points from establishing their residency in “The Outhouse” for the entire off season!

Up in the top of the leaderboard, Snoopy Dawn and Doug The Candy Man are struggling to be among the top five money paying positions for the segment.  They are tied for the third spot in the standings prior the green flag at Phoenix.

Unless you all are as blind as a bat you have figured out that Kurt Busch, formally known as “The Outlaw“, has the most support from The Redneck Fantasy League for Phoenix. (That nickname was in effect during his Patrica Driscoll girlfriend days! Obviously these days he may want to known as not the rebel that he was, but just othe opposite.  Maybe we can give him a new nickname……“The In-Law” !!!!!)  Those players who are on the KuBu bandwagon this week include Snoopy Dawn, Carlton The Doorman, A&M Aggie Sue, as well as Skid-Marc.

Even though Chase Elliott has been eliminated from The Chase, he has acquired Kathy The Church Forecloser, Dan the Numbers Cruncher and Jerry The Buschwacker this week as support for his possible first NASCAR victory.

Meanwhile, Edie The Las Vegas Super Star, Jim, aka Chiefy and Leon The Retired Airline Captain, Part-Time Cardiologist, Elephant Driver and Strawberry Picker, and Your Most Humble Sheriff are all putting their marbles in the bag of “Freaky Fast” Kevin Harvick!

Both Doug The Gandy Candy Man and Jeremy The Coach have concluded that Jimmie Johnson is on such a role that they have “double downed’ for Mr. Six-Pack this week.

Lastly Cole The On Demand Baseball Player and Bernie The Bay area Bandit and Part-Time Stalker have bet the farm on Smoke.  Absent the fact that he won the road course at Sonoma back in June, Tony Stewart has been extremely quiet and basically not very competitive for this entire season!  Could he get hooked up on an oxygen tank, bounce back to life and be upfront at Phoenix?

Again doing the math for the next to last time for the season there are eight (8) players who to celelbrate the 2016 election day have registered as independent thinkers/players!  Yes sports fans,that means that they are in bidnez for themselves!

At this point inthe season not only are the eight drivers hoping that they are included in the “final four” to race for the championship at Homestead, many of our fantasy league players are “living on a prayer” and are thinking about their chances to win some big money!

Goodf luck to all!