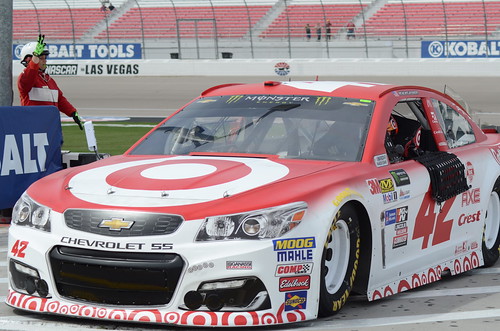 This week NASCAR returns to one of its original race tracks, and there will a huge celebration to celebrate Martinsville Speedway’s 70th anniversary.  That’s right the very first race at this track was held in 1947!  That means that this race track is older than many of the players who are in The Redneck Fantasy League, However, we do have a few players who may be racing Martinsville in the age department!

If you are missing a little Martinsville history I can help you out.

As we all know Kyle Larson thoroughly dominated the field last week at Auto Club Speedway in Fontana, and we picked our first segment picks back in the middle of February, so it is quite intriguing that Larson is the favorite this week at Martinsville!  The rooting section for “Young Money” includes Doug The Gandy Candy Man, Edie The Las Vegas Super Star, Dan The Numbers Cruncher, as well as Jeremy The Coach.

Then there are three drivers that are carrying a rooting section of two players each to Martinsville for the 70th anniversary celebration.  Skid-Marc and Kathy The Church Forecloser think that Mr. Seven-Time, Jimmie Johnson, will come to life this week and emerge from his early season funk.

Additionally, Carlton The Doorman and Cole The Redneck Understudy are hoping that, like Johnson, Matt Kenseth will climb out of the darkness of the first five races and put his JGR Camry into Victory Lane Sunday.

Lastly, Bobby Blue Crush and Leon The Retired Airline Captain, Part-Time Cardiologist as well as a Strawberry Picker, Former Elephant Driver, and Your Most Humble Sheriff feel strongly that now that Kyle Busch has recovered from getting his head thumped at Las Vegas, he may be able to show the rest of the field the way to the checkered flag at Martinsville this week.

And as we have seen from time to time we have a rather large contingent, eight players, of independent thinkers who are most definitely in bidnez for themselves!

This is the first visit to one of NASCAR’s short track bullrings.  Most likely there will be at least one driver leaving this track with his ego bruised, his temper lost, his car reduced to a pile of crumpled sheet metal, and wanting to thump a melon or two!  Additionally, this race track is a great place to extract some revenge for anything that may have happened in the first five races, or last last year, or for that matter in the last decade!  So there could be some underlying anger that gets vented on Sunday!

In other words, after the race there could be some drivers who loose their tempers, do something that they know that they shouldn’t have done, and later on in hindsight, and in the words of Taylor Swift, wished that they were “a better man”!