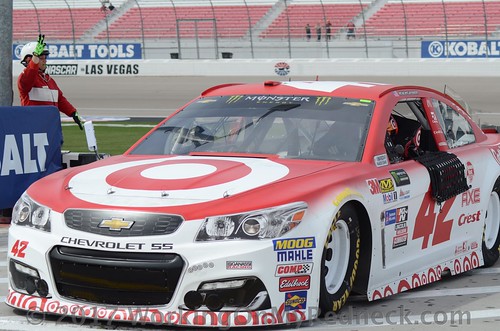 After a much needed week off from the rigors of the race track, NASCAR heads North from Charlotte to the “Tri-Ciies” area of Tennessee, which includes Bristol, Johnson City and Kingsport.  We are half way through the “short tack swing”, with only Richmond next week left in this sector of racing.  So far the tempers have been kept surprisingly in check, egos have not been too bruised and all weapons have been checked at the pit gate prior to each race!  I am not sure that the drivers can continue to play nice with each other.  Therefore, I wouldn’t be a bit surprised to see the hostilities erupt this week at Bristol and/or next week at Richmond.  I’m just saying!!!

It looks like the realities of 2017 is finally reflected in this week’s Redneck Fantasy League picks.  One fifth of the fantasy league, four players in total, have jumped on the  “Young Money” bandwagon!  Bernie The Bay Area Bandit, Skid-Marc, Jim, aka Chiefy, as well as Leon your Most Humble Sheriff are backing the MENCS points leader, Kyle Larson, this week at “The Last Great Colosseum”, aka Bristol.

There are two drivers that have a cheering squad of three players each.  The first of those two drivers, Matt Kenseth, has Karen The Highly Opinionated Southern Belle, Doug The Gandy Candy Man and A&M Aggie Sue are putting all their fortunes on the JGR No 20 Toyota this week.

Additionally Zee, aka Sissy, Edie The Las Vegas Super Star and Cole The Redneck Understudy are hoping that Chase Elliott will finally get the monkey off of his back and drive his NAPA Chevy into Victory Lane Sunday evening.

Lastly there are three drivers, this week, that have a rooting section of two players each.  Lonna The Quilt Angel and Kathy The Church Forecloser are pounding down the M&M’s and aggressively rooting for Kyle Busch to bring home the trophy.

Rooting for the elder Busch brother, Kurt, formally know as “The Outlaw” are Dan The Numbers Cruncher and “Recent Birthday Boy”, Carlton The Doorman!

Rounding out the rooting section this week is David The Mudslinging Throttle Jockey and Jerry The Buschwacker, who are betting the farm that “Blazingly Bad” Brad Keselowski can grab his third victory of the year.

As I alluded in the opening paragraph of this post, it would not surprise me at all to see somebody walking on “the fighting side of another driver” when the checkered flag flies!  But you just never know I could be totally wrong!  We could go through this short track swing without hostilities erupting and see “peace in our time”!