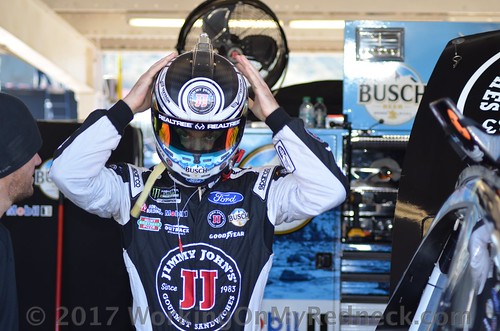 In the Folds of Honor QuikTrip 500, the second Monster Energy NASCAR Cup Series race of the season, Harvick delivered a proper thrashing to the rest of the field, leading 181-of-325 laps and beating runner-up Brad Keselowski to the finish line by 2.690 seconds.  That, my fellow Rednecks, was a thorough old fashion butt whipping delivered to 35 other race cars.

Early in 2001, after Dale Earnhardt Sr. died in a last-lap crash in the Daytona 500, Harvick was thrust prematurely into a replacement role that would have cowed most rookies. Three weeks later, he notched his first Cup victory in a photo finish (.006 seconds) over Jeff Gordon.

Harvick’s career victory total reached 38 on Sunday with his relentless performance at the 1.54-mile speedway, ending a frustrating drought that featured blinding speed foiled by ill fortune and inopportune mistakes.

Even though Harvick is not old enough to remember the Dave Clark Five and some of their hits, watching the race made me remember and hum one of their old hits that seemed to apply to old Happy Harvick’s efforts at Atlanta.

Afterwards, in his victory celebration, Harvick gave a “3” salute to Dale Earnhardt, a tribute he had waited 17 long years to perform.

We have a trio of players who had all their marbles tucked into the marble sack of “Freaky Fast” Kevin Harvick at Atlanta.  Those three players who were rooting for Harvick include Karen The Highly Opinionated Southern Belle, Carlton The Doorman, as well as Ol Skid-Marc.  All three racked up a very cool 56 points at Atlanta!

Another trio had a very nice point paying race at Atlanta.  Doug The Gandy Candy Man, Bobby Blue Crush, and Leon Your Most Humble Sheriff were betting the farm that “Blazingly Bad” Brad Keselowski would be hoisting the hardware as the Sun slithered below the horizon in Hampton, GA.  BK ran with the big dogs all race, rewarded these players with 53 points, but neither Kes nor nobody else had anything for “Happy” Harvick!

Likewise both Edie The Las Vegas Super Star and Jeremy The Coach was hoping that “The Delivernator”, Denny Hamlin, could put his FedEx Toyota into the Winner’s Circle at Atlanta.

Meanwhile, another unlikely trio of players racked up a nifty score of 39 points.  Both Dan The Numbers Cruncher and A&M Aggie Sue were riding shotgun with the 2017 Cup champion, Martin Truex, Jr.  But David The Mudslinging Throttle Jockey was rooting for “Sliced Bread”, Joey Logano.  Nevertheless, all three had an enjoyable 39 points day.

Rounding out the top five scorers this week are Lonna The Quilt Angel and Don The Engine Builder.  Each player was rooting very loudly for “Young Money“, Kyle Larson this week.  In return, Larson gave them a cool 36 points.

Since this is extremely early in the segment, when the checkered flag flew at Atlanta the leaderboard looked like it was dumped into the blender and pressed the supersonic button! In fact, only three players remained in their previous places or conversely speaking nineteen players swapped places this week.

The largest movers this week is tie between two players.  Both Karen The Highly Opinionated Southern Belle and Ol Skid-Marc rocketed up the totem pole eleven (11) positions to reside now in 6th and 10th, respectively.

Bernie The Bay Area Bandit and Jim, aka Chiefy, stumbled, tripped, and plummeted seven (7) places to sit in 15th and 19th, respectively.

Almost not to be outdone by the above-mentioned players are Kathy The Church Forecloser and Zee, aka Sissy.  Both of these ladies are already forgetting the Atlanta race because they slithered down the standings six (6) places this week landing in 11th and 20th spots.

Rounding out the biggest movers of the week is a quartet of players that includes Doug The Gandy Candy Man, Leon Your Most Humble Sheriff, Carole, aka Rudy, and Linda R The Lemonade Lefty moving four (4) positions.  The Candy Man and Your Most Humble Sheriff stepped up four places to rest in 2nd and 3rd respectively.  However, Rudy and The Lemonade Lefty fell four spots to sit in 19th and 22nd, respectively.

For the second week in a row, the player or players who received “The Crappiest Pick of The Week” also is rewarded with “The Outhouse Award”!  This week both of those illustrious awards go to one of our new players, Linda R The Lemonade Lefty.  You see Lemonade Lefty shared “The Outhouse” last week with Lonna The Quilt Angel, but could only muster up 10 points this week, and that as enough to plunge her deeper into “The Outhouse”!

Next week NASCAR rolls out to the West Coast for the next three weeks and yours truly will be hanging out with the big dogs in the garage, pit road, and the media center at both Las Vegas and Phoenix.

For those that may have been trying to guess which Dave Clark Five tune that I was alluding to early in the post, I will leave you with the video!

TILL NEXT TIME, PULL YOUR GLOVES UP, FLIP YOR VISOR DOWN, AND LET’S GO RACIN’!